Busy few weeks ahead as it is the start of the Christmas Craft Fair season!  I’ve been busy making new products (basically adding to the rapidly expanding family of Oscar’s Friends!).

On Saturday 25th November I will be at the Great Missenden Village Christmas Fair (I will be at 38 High Street with my friend Kate). The fair starts at 3pm and finishes about 8pm.

The following Saturday (2nd December) I will be at the Brighton Etsy Christmas Fair at the Dome. This was incredibly busy last year so hope this year will be the same. I only have a small space so will be taking my smaller items (loads of different seagulls, Christmas decorations and From Brighton With Love themed household items).

On 9th and 10th December I will be at the Renegade Craft Fair at the Truman Brewery in Brick Lane. I will be taking as much stuff that I can fit in my tiny car as the stands are pretty big and I wasted a whole load of space last year. I’ve bought some new display stands this year so hoping to my the stand look really good! Thats the plan anyway! 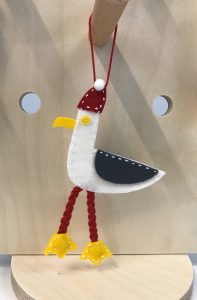 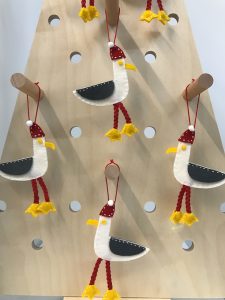 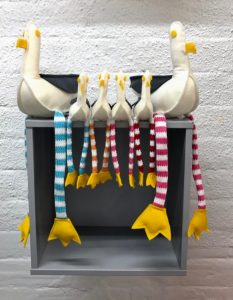 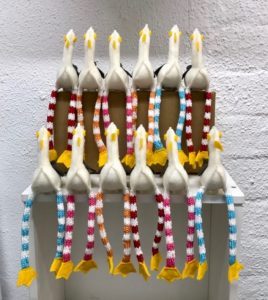 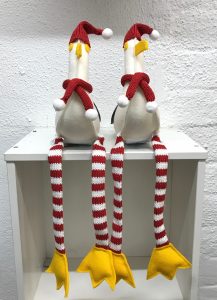 Wow! Where did those last few months go? When I started this blog I thought I would be posting at least once a week, but obviously have fallen at the first hurdle!

My last few months have been a whirl of seagulls “Oscar’s Friends” and “Oscar’s Friends Mobiles” which are proving rather popular, especially in Cornwall. Twenty four were despatched to Padstow to the Rick Stein gift shop (quite exciting really) and then another twelve to a lovely shop in Fowey “The Webb Street Company” also some mobiles to The Webb Street Company which are selling well and I am due to despatch a second order of those tomorrow and have already been asked for a third order! A bespoke order of “Oscar’s Little Friends” (basically the mobile sized seagulls but without the mobile!) to a shop in Whitstable and a large order to The Bowery Arts Centre in Leeds!

Off to Harrogate for the British Craft Trade Fair at the end of next week so am busy working on stuff for that as well and trying to do a new range of felt birds but at this rate this may or may not happen! Not sure I am not really looking forward to five nights in the Travel Lodge but at least it is central Harrogate so nice and handy for Betty’s where I am sure I will succumb to a Fat Rascal (or two)! 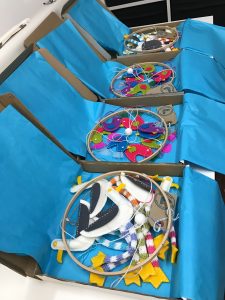 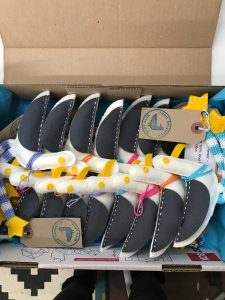 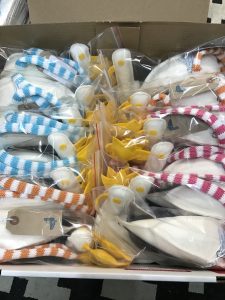 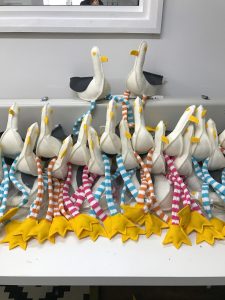 Flying off to a new home!

So last week was a little bit frantic for me!

The beginning of the week I was working on an order for a lovely looking shop in Cornwall, Thursday I had a photo shoot at the house which lasted all day, quite good fun though apart from the part where I had to have my portrait taken and then Friday was a lovely day up in London at the London Design Festival, where we actually came back with a stunning oar (yes I do mean an oar!) from a Canadian company. Their stand stopped me in my tracks as it was sooooooo beautiful! Check out their website https://norquayco.com/collections/artisan-canoe-paddles

I have now dropped off the parcel for Cornwall at the post office where 12 of “Oscar’s Friends” will be living for the next few weeks although hopefully they will all get sold over the Autumn half term (hence the rush).  Now time for a quick tidy up in the studio and then I have to start on the next order, I have got a bigger flock of seagulls to make but first some throws and cushions for a shop in North London. 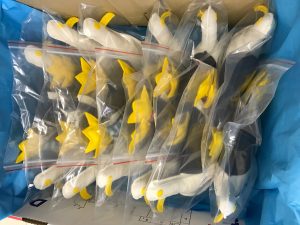